Why WhatsApp Groups & Broadcast are Ineffective?

Do you also use WhatsApp Groups & Broadcasts to generate Leads for your business?

If yes, then this Article is for you.

Some of you must have been using WhatsApp Group & Broadcast features, for communicating messages to a large audience at once.

These features of WhatsApp are no doubt effective in reaching a particular audience, but on the contrary, both have a few limitations as well.

Limitations of the WhatsApp group & Broadcast :

One big limitation of the WhatsApp group is its size.

Another limitation is, that the new group ‎joiners cannot see the conversation history.

Also, Most people visit groups, only for posting their content, and don’t even read, what others have posted.

Now, let’s have a look at the Limitations of WhatsApp Broadcast.

But, distributing all your target contacts, into different broadcast lists, is a very challenging and tedious task.

And Another big limitation of sending messages, through broadcast is, that your message doesn’t reach those contacts who haven’t saved your contact number. To overcome these limitations, we have developed Sampark Setu for you.

Sampark Setu has two major features. One is Campaign, and the other one is Chatbot. 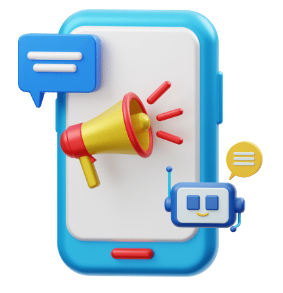 Let’s have a look at the Campaign features of Sampark Setu.

Campaigns are very helpful in generating, as well as nurturing leads.

The campaign feature of the Sampark Setu app is designed for sending a set of messages, to target contacts over an interval of days.

This philosophy, or concept of sending messages, over an interval of days, is generally termed as DRIP MARKETING.

And the best part about Sampark Setu is, that it sends all the messages, one by one, and that too through Automation.

Read our next article to know, how you can create campaigns inside Sampark Setu in 4 simple steps.

PrevPreviousCreate a Campaign in 4 Simple Steps.
NextDefinitive Guide to WhatsApp CampaignsNext
Subscribe to Our Blog

Get free insights on how to make your business more efficient and effective.